“A real personality, an artist through and through” (Nuances magazine).

Marina was born in Switzerland, her parents both being musicians, and grew up in France. She got a diploma of flute at 17 years old. Curious by nature, she did not only study classical music, but also explored jazz, metal or chanson.

After a Master’s degree for philosophy and literature, she went to Vienna where she started her vocal education with Heidi Brunner in 2011, and continued with Brigitte Balleys in HEMU Lausanne in 2013. She currently works with Raul Gimenez and Alessandra Rossi.

Her roles at the opera include : Arsace (Aurelian in Palmira) and Isabella in L’italiana in Algeri at the Rossini festival in Wildbad (DE) and at the Luzerner Theater where she also sang Elisabetta in Maria Stuarda (Donizetti) and La Grande Duchesse de Gerolstein (Offenbach). She sang Dritte Dame in Zauberflöte (Mozart) in Lausanne, Melibea in Il Viaggio a Reims (Liceu Barcelona), Olga in Onegin (Tchaikovsky) swell as Rosina in Il Barbiere di Siviglia (Rossini) at the Opéra du Rhin. Marina debuted in Zürich with Maddalena (Rigoletto), and will also debut in La Scala, Dresden and Münich next season.

She also is a regular guest of many festivals (Label Suisse, Festival de la Cité, Lavaux Classic) with her recital “Love has no borders”, touring from Switzerland to Brasil and Japan.

Marina is lauréate of several Foundations (Mosetti, Migros, Leenards, Weltner…). She recently was a finalist in Operalia Competion, won the first price of the Kattenburg Competition in 2017, the 3d price at the Concours de Genève in 2016, and the International Belcanto Price at the Rossini Festival of Wildbad in 2015.

Marina Viotti wants to explore, wants to approach other genres, other people : “with a musical ease, a disarming naturality, she is spinning from one style to the other one.” Reason enough to create new projects including the big repertoire of the opera as well as cabaret, jazz or chanson. 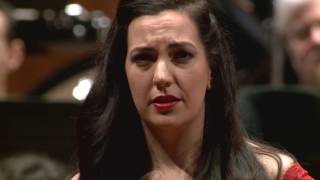 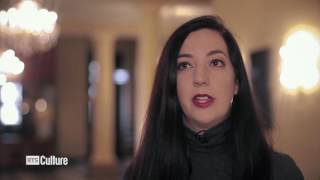