Kevin Pedro Spagnolo (1996) started playing the clarinet at the age of eight in the conservatory ”Istituto Superiore di Studi Musicali Luigi Boccherini” in Lucca, and in 2013 he was graduated for the Bachelor’s Degree with the best marks”cum laude” and honours under the teaching of prof. Remo Pieri. After his Bachelor he studied with Carlo Failli and Fabrizio Meloni for two years. After his first Master Degree at HEM in Geneva (Haute Ecole de Musique de Genève) , completed in 2017 with a special prize, he graduated for his second Master Degree Soliste with Romain Guyot in 2019.

In 2018, with only 22 years old, Kevin wins the First Prize of Geneva International Music Competition, one of the most important and prestigious competitions in the world. He is the youngest clarinetist of all times to get this important award in the history of this competition. From this moment on he starts to have recitals, chamber music and solo concerts in important Festivals and tours.

From 2019 Kevin is Principal clarinet of the Swedish Chamber Orchestra with Martin Fröst as chief conductor.

“Leaning on an exceptional instrumental control, Kevin Spagnolo is known for his surprising spontaneity and his research for freedom, pushing his play until the limits of the possibilities of his instrument with which he more seems to make than one. Curious, roguish musician, trying to share all his feelings with the public, he pursues permanently his discovery of new repertoire, as shown by his recent affection for the chamber music and klezmer music.” 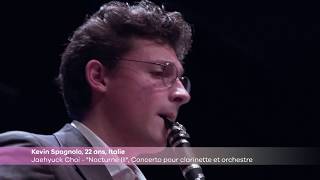 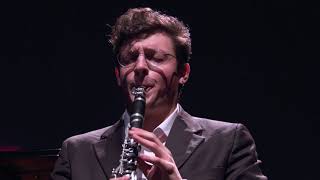 The Geneva Competition is delighted to be hosting one of the first concerts of the Haute École de Musique de Genève’s newly created Chamber Orchestra, an event which will launch this year’s public competition rounds. This new prestigious partnership, hosting Kevin Spagnolo, 1 st Prize in 2018 and a graduate of the HEM, will inaugurate an artistic collaboration which will greatly benefit the winners of our competitions.

The HEM Chamber Orchestra was founded in 2021 upon the initiative of several professors of the institution, all internationally renowned artists. The ensemble
functions most of the time without a conductor and is led by a college of professors, who perform alongside particularly talented students of the HEM,
selected upon audition. Ambassador for a cosmopolitan and international Geneva, this exceptional and highly modular ensemble offers cross-disciplinary experiences with other universities such as the HEAD and the Manufacture. It also develops projects with other Genevan cultural institutions, such as the Grand Théâtre and the Festival de Bellerive.

With the participants of professors: